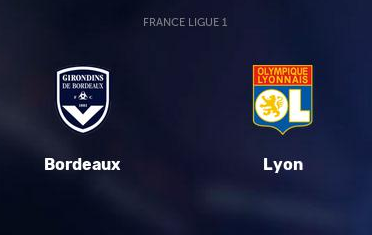 Bordeaux will take on Lyon in Friday night’s Ligue 1 game as the French season resumes after a near two week break.

The home side have started the season unbeaten after opening their campaign with a 0-0 result at home against Nantes and then beating Angers 2-0 away. It was the Angers result that impressed many considering Angers are not always easy to beat at Stade Raymond Kopa. Currently Bordeaux are 2nd in the league and they have not conceded a goal as of yet.

Lyon are in 8th but have played just once and it was a great match for the club after the disappointment of their Champions League exit at the semi-final stage. Lyon beat Dijon 4-1. Memphis Depay scored a hat trick in that game but Barcelona have come knocking and it looks certain that the talented midfielder will join them. Officially he is still a Lyon player but it looks unlikely he will play at the weekend if his head has been turned, and this could be a blow to the club.

2.The last 8 league games have all seen both teams to score.

3.Bordeaux have only beaten Lyon once at home in the last 4 attempts.

This is a fixture that has a high history of cards being shown.

Bordeaux v Lyon Prediction
Bordeaux were unimpressive at home in their first game but showed maturity in their next. We think Lyon could struggle at times on the road this season, but be very strong at home. They still need to come together as a team, and this could be a tricky match for them even if they have pound for pound the better team.

There have been some off the field moments with the club in respect to Depay’s future. We think Bordeaux can give them a very tough game and expect the home side to get the win.