Does Having A Bigger EPL Stadium Help Results? 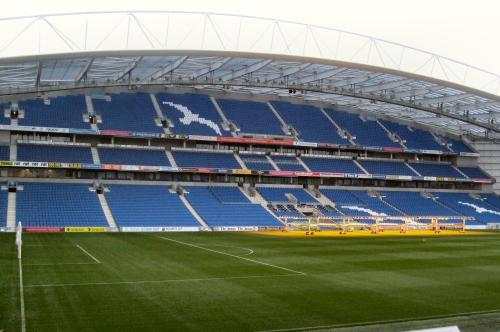 Many of the big clubs with large attendances in the EPL are regularly towards the top of the table, but not all.

West Ham who have the third-highest attendance figures courtesy of the magnificent London Stadium finished in 16th place.

The Hammers were just 2 places and 5 points above relegated Bournemouth who only had just over 10000 fans at home games.

Burnley with the second-lowest crowd figures finished in 10th place in 2019-20.

So does a large EPL attendance lead to extra points?

We looked at second-half performances when the crowd would be willing a team on to secure the win, a bigger crowd will or should make most noise.

Again West Ham at the London Stadium are a good guinea pig.They scored 13 goals in the 2nd half but conceded 22 at home.

The best performing 2nd half team for goals scored was Manchester City followed by Leicester City.

From studies and stats undertaken , it would seem that a bigger crowd will help finances but has no real correlation to winning individual games.

However, there may be a betting system or strategy related in some way to attendance, we may just need more data and to dig a bit deeper


The only true test would be to see every side have the same sized stadium and the same transfer funds, and make the EPL a  level playing field, and then see how they do. - It is unlikely to happen!!