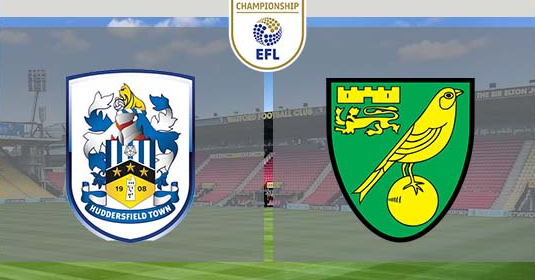 Date: Saturday, 12 September 2020
________________________
English Championship is finally kicking off this weekend! World’s most popular and most rewarding tier two league always brings us a lot of amazing football and unbelievable games.

Derby of the round one is scheduled to be played at John Smith’s Stadium where Huddersfield Town welcome Norwich City.

Visitors are favourite number one to win the whole league this season and earn express comeback to the Premier League.

Interestingly, Huddersfield Town had the same role in the last campaign, but their placement was horrendous, even battled against relegation at some point in April.

In terms of the odds, home win is priced at 3.40 rate, while chances for visitors to achieve the same are at 2.15.

Head-to-head h2h stats & Previous Meetings
It’s been more than three years since the last head to head match between Huddersfield and Norwich. The Terriers were more successful at this stadium in April 2017, winning the match 3-0. That didn’t stop the Canaries from getting promoted though.

There were 18 duels total so far, and Norwich have small 8-6 lead in terms of victories. The total number of goals scored in those encounters is 56, which averages 3.11 per duel.

Huddersfield Town vs Norwich City Prediction
It is really hard to predict how teams are going to play in the very early stages of the season. We usually recommend goals market options, especially when there is a derby match being played. Tradition also suggests an easy Over 2.5 goals pick at more than decent 2.00 odds.

It is also worth adding that both teams had really bad season premiere match in the League Cup – Huddersfield Town were defeated at this stadium by Rochdale 0-1 FT, while Norwich City suffered convincing 1-3 loss to Luton Town.

Finish striker Teemu Pukki is once again going to lead the offense for Canaries, and we fancy the 2.50 odds to see him score a goal at any time on Saturday.