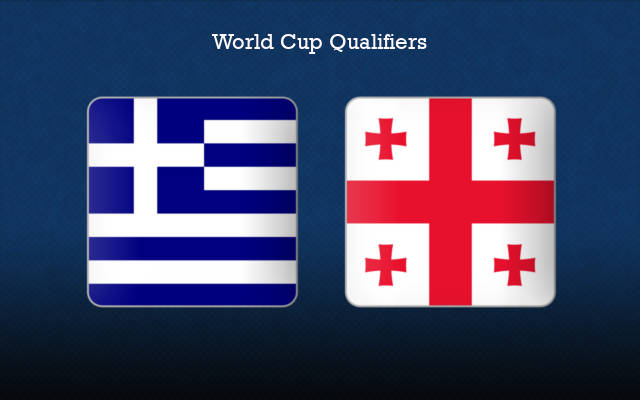 Anastasios Bakasetas scored the equalizer for Greece in their opening Group B game against Spain in the 2022 World Cup qualification matches and right afterwards beat Honduras in a friendly match. They should be feeling ready ahead of their home match against Georgia, who gave Spain a real push on Sunday.

Greece are third in the group with a point from their only match, while Georgia are fourth, having failed to register a point in two matches.

Greece are unbeaten in their last seven matches, with four clean sheets and having won four in the process. They have lost just once in the last 13 matches and have clearly turned the leaf after seven straight winless outings earlier.

At home, they are unbeaten in their last eight matches, winning five and they’ve scored twice in three of their last five home matches. While Greece are without a win in their last three World Cup qualification matches, they’ve lost just two in their last 10. They’ve won two and drawn six of the 10.

Georgia’s best effort against Spain in their last match in this group fell just short after Spain won it in the 90th minute. They led 1-0 going to the break but Spain leveled in the 56th minute before going on to win 2-1 with Daniel Olmo’s final minute goal.

It was even sadder for Georgia who had Levan Shengelia sent off in the 90th minute, having come on in the final 20 minutes. The loss left Georgia winless in their last seven matches, four of them being losses and they’ve failed to score in three of their last five matches.

The visitors are not the best scorers around; in their last 12 matches, they’ve scored more than one goal in just one. Meanwhile, they have just two wins in the last 11 matches, against Gibraltar and Estonia, while they’ve lost five of the 11. In their last 19 matches in World Cup qualification, Georgia are winless, and in away matches in the qualifiers, they’ve lost 13 of the last 17.

Greece head to their second Group B game against Georgia as the favorites. Georgia were minutes away from snatching a point against Spain in the last game and that will build their belief going to this game. Greece will also feel playing at home after their recent rise, they should go for a win here. With this expected to be an open contest, Greece are likely to dominate and we are backing them to lead in the two halves.

Greece to Win
Over 2.5 Match Goals