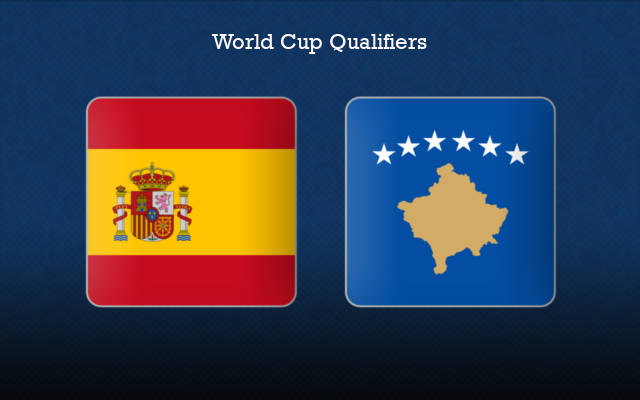 Spain had to work hard in Georgia for a 2-1 win over their hosts and from their opening two matches in Group B of the 2022 World Cup qualifiers, it clearly hasn’t been a stroll for the former world champions.

On Match Day 3, Spain, who have four points and are placed second in the group, will be hoping for a more comfortable outing as they host bottom placed Kosovo, who have no point yet.

Favorites going to the game, Spain were forced to come from behind and Ferran Torren leveled in the 56th minute. But even with more than half an hour to play, they could only win it in the final minute, through Daniel Olmo’s goal.

Luis Enrique will take a lot of lessons from these opening two games, having earlier drawn at home with Greece. Currently, Spain trails leaders Sweden by two points and the two are yet to face off.

Kosovo started their campaign with a 3-0 loss to Sweden on Sunday. They are 111 places below Spain in the world rankings and that should inform their underdog status but Greece and Georgia have shown us that even the smaller teams can pull their own weight against the giants. In the Sweden game, Kosovo had a false start, falling behind in just the 12th minute, and there was no coming back.

It even got worse with Bernard Berisha’s sending off nine minutes after his introduction to the game as Besar Halimi’s replacement in the 83rd minute. This latest loss leaves Kosovo with two wins only in their last 13 matches, and these have come against very weak opposition – Moldova and Lithuania.

Conclusion Spain - Kosovo
Spain have struggled in their opening two group game, but they will have an easier outing here. The scares in the last two games must have left a lesson and we expect the Spaniards to do a decent job this time.

Their visitors are poor defensively and not the best attackers especially in away matches in World Cup qualifiers. On a good day, Spain can be beastly at home and in their home form, go for the hosts to lead in both halves.